Vanitas and the stray Sperm Whale 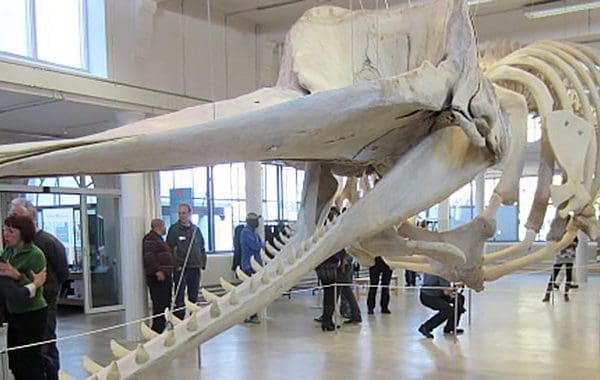 Vanitas stands for the inevitability of death and the relative nature of earthly possessions. At the opening of this exhibition, two artists from Tilburg made new works in addition to the opening of this new addition of the museum. Van der Loo made paintings for the exhibition, Van Vught sculptures. The latter used the underwater world as a motif. Vanitas is a recurring theme in art.

The word vanitas is Latin and means vanity and emptiness. Imagined, for example, with symbols such as skulls, extinguished candles, wilted flowers, soap bubbles, decayed books, musical instruments, clocks or fallen glasses, the vanity, transience and meaninglessness of the earthly is visualised. ”Vanitas vanitatum, omnia vanitas” is a well-known saying derived from the biblical book of Ecclesiastes: ‘Vanity of vanities, everything is vanity’. The vanitas painting has a Protestant Christian origin. It encourages the viewer to focus on eternal life. Especially in the Netherlands and Flanders this painting theme was used in the 17th century.

The skeleton is of the sperm whale that washed ashore in the Netherlands in 1995. Unfortunately, the animal was no longer salvageable. After processing by a team of museum Naturalis, the skeleton came into possession of the Natuurmuseum Brabant at the end of 2010.

The skeleton is suspended in space in such a way that you can walk through the sperm whale’s belly and imagine yourself ‘Jonas in the Whale’ for a moment.

The exhibition also focuses on earlier ‘whale strandings’ in the Netherlands. The exhibition ‘Vanitas and the stray Sperm Whale’ runs until 15 January 2012. After then, the Sperm Whale will have the room for itself and you as a visitor can try to disappear into it.

For some years now, visitors of Natuurmuseum Brabant have been seeing one of the most impressive objects before entering the museum: the skeleton of a sperm whale – a species of whale. This skeleton (15 metres long, weighing 1000 kilos) comes from one of the three sperm whales that washed ashore in Scheveningen in 1995. Unfortunately, the cetaceans are becoming increasingly well-known because they regularly take a wrong ‘turn’ in the North Sea and then strand.

Contrary to its name and appearance, the Sperm Whale is not a fish, but a mammal. The fact that it looks like a fish is due to its optimal adaptation to marine life. Take a look at the shape of the forelegs that have evolved into forefins: the building plan is the same as that of a human arm, only the shape of the bones is different. Because hind legs became superfluous when swimming, they have disappeared and there is nothing left of the pelvis but two tiny bones.

Jonas in the Whale

The story ‘Jonas in the Whale’ refers to a story in the Old Testament in which the prophet Jonah survived three days in the belly of a fish.

What is a real Bed and Breakfast?